SEI aims at igniting the youth of the day with the spirit of adventure and passion for perilous voyages across the limitless expanse of the deep blue sea. Regular sea and river expeditions are part of the most important activities of the Institute, several have been unique and outstanding, unaccomplished ever before. The rest have been no less important and each expedition has been crowded with success. They were unescorted, manned and led by its own students with the support of the Indian Navy. 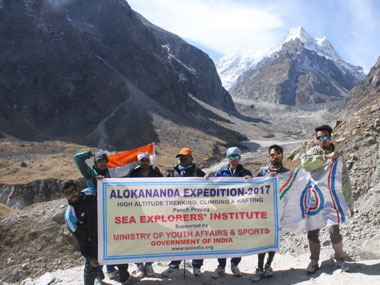 Alaknanda Expedition
The expedition was from the source of the river Alaknanda in the Alkapuri glacier to its confluence with the Bhagirathi at Devprayag. A team of seven bravehearts undertook this challenging expedition of 190 Kms in seven days. It entailed trekking in the mountainous terrain, rafting in the turbulent waters and finally paddling to reach Devprayag. The journey between Vishuprayag and Karnaprayag was unprecedented and most difficult. 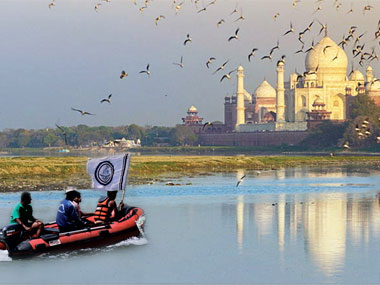 The institute had chalked out the expedition programme, titled as ‘Exploring the River Yamuna’ from source i.e, Yamuna glacier to Allahabad. The young explorers, associated with the Institute, did rowing and paddling to observe and know the current status of the river Yamuna. It was also their endeavour to monitor the water quality of the river Yamuna at different locations.

The story of the river Ganga, from her source to the sea, from old times to the new, is the story of Indian civilisation and culture. The SEI ventured to make an exhaustive survey of the river through trekking, rafting, paddling and rowing conducting an expedition during the year 2014-15. The expedition was completed in 3 phases. The young explorers associated with the Institute, took part in the expedition, titled as ‘Rediscovering River Ganga’. The phases of the expedition were as under:

The team gathered a lot of experience, information and knowledge about the river Ganga and submitted distinctive photographs and authentic documents. 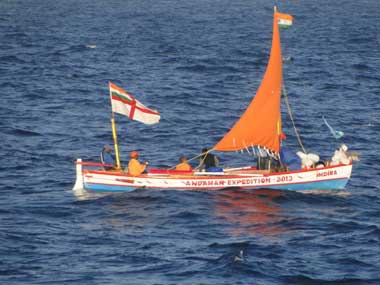 The expedition commencing from Kolkata to reach Port Blair was organised with a view to commemorate the 150th Birth anniversary of Swami Vivekananda. It was christened as ‘Vivek Yatra’. It was a clarion call to the youth of Nation to wake up to proceed, to advance and to cross the waves of hurdles and difficulties – which Swamiji taught. Through this daring expedition, supported by the Indian Navy, six young explorers (five from SEI and One from Indian Navy) crossed the Bay of Bengal to reach their destination – Port Blair facing mighty waves and strong north wind. The expedition was undertaken in a tiny uncovered and non-motorised boat named ‘Indira’, capable of moving with the use of oars and sail only. The distance covered by rowing and sailing was 1600 km(approx). 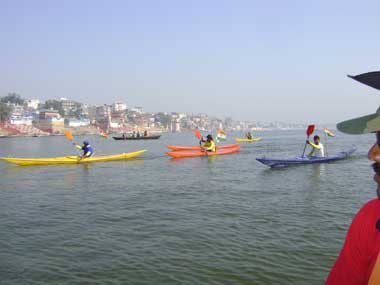 The expedition commencing from Allahabad in Uttar Pradesh to Kolkata, all through the course of River Ganga, touching the territories of two other states, namely Bihar and Jharkhand, on the way, was organised with the very object of promulgating the message of fraternity with the youth of those states, to popularise water adventure sports among the youth, to make people aware about the damaging effects of pollution of river Ganga for days together, to observe erosion of river banks at different places on the expedition route, deposition of slit on the river bed at different places that obstructs the river courses, etc. 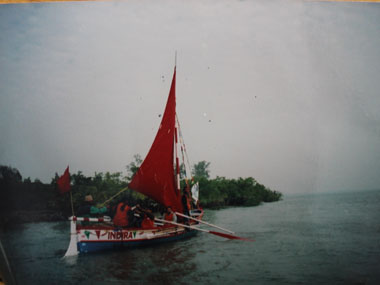 The expedition was to the completely desolated Island of Jambudwip which is infested with dense mangrove forest, wild boars, wild cats and poisonous snakes. The expedition aimed at collection of water from different places enroute for chemical analysis of the same. Observation of the existing condition of the entire expedition route with special indication to the new deposition of slit at the water bed, the damage caused to the river banks at different places by ‘Aila’ cyclone was also the subject of study. The lifestyle of people living in some islands, who came across on their way, was also highlighted. 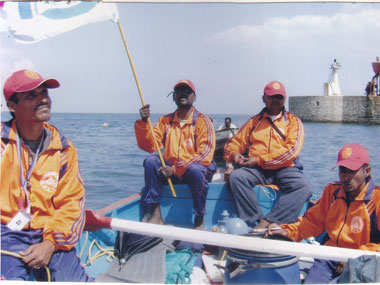 The expedition commenced from the Naval base, Visakhapatnam and concluded at Chennai. It was a continuity of the previous expedition, along the eastern coast and covered a distance of 750 km (approx.) in 18 days to reach Chennai. The object was to initiate the students to adventure on high sea and to develop their capability to explore the sea, to collect scientific data and observation on coastal features and human life of coast line, marine life etc. 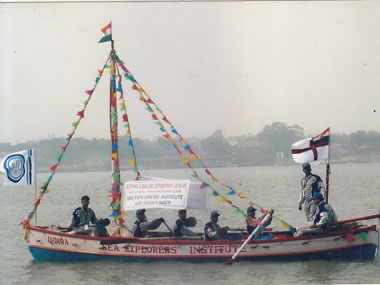 The expedition was organized with the objective of initiating the fresh young students of the institute to adventure on the high sea and also developing their capability to explore the sea, to collect scientific data on weather, salinity of sea-water, observation on coastal features and human life-style of coastal line, marine life etc. 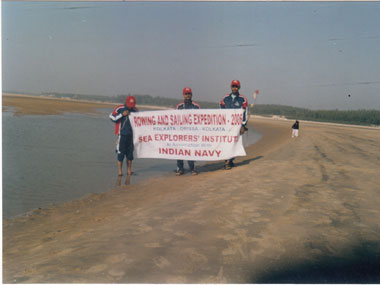 The expedition was planned with the objective of initiating the students of the Institute to adventure on the high seas to develop their ability to explore the sea, collecting data on weather, coastal features and marine life. 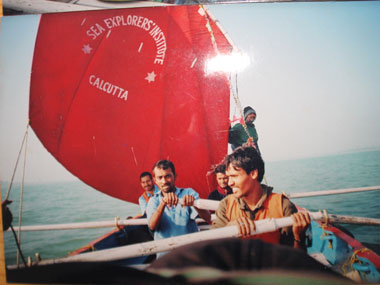 The institute planned a rowing and sailing expedition through the riverine Sunderbans, home of the largest mangrove forest in the world – to Khulna, in neighbouring Bangladesh in 2005. Administrative problems cropped up, they were denied visas and destination had to be changed to Bagna on the Bangladesh border. 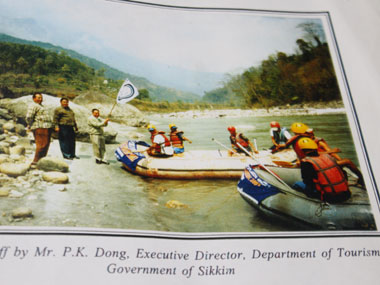 SEI is organsing a Raft-cum-Kayak expedition "Mountain to Sea", from Sikkim (Dikchu) to Bay of Bengal (Sagar Island) in collaboration with Academy of Adventure Sports, Government of West Bengal to take off on 19th March, 2003. This expedition will be taken up in two phases. In the first phase it will be a Raft expedition from Dikchu (Sikkim) to Coronation Bridge (West Bengal). The second phase will , however, be a kayak expedition which will start from Farakka and end in Sagar Island. The total journey period will stretch over 30 days. Indian Army and the Govt. of Sikkim have extended their help and support in preparing proper plan and undertaking the expedition. Ten young explorers trained in the institute will participate in the expedition. This is the seventh long expedition undertaken by the Insititute.
First phase: Dikchu-Samdong-Mangkha-Singtam-Rangpo-Tarkhola-Melli Bazar-Teesta Bridge-Coronation Bridge
Second Phase: Farakka-Raghunathganj-Hazarduari-Beldanga-Katwa-Kalna-Barackpur-Kolkata-Ulberia-Falta-Diamond Harbour- Sagar Island 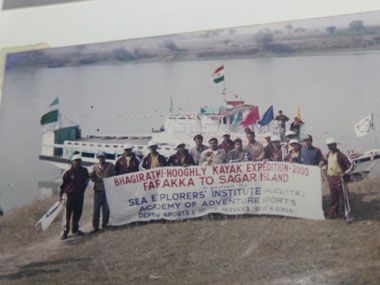 The purpose of this expedition was not just adventure, but also assessing the degree of pollution in the Ganga and Bhagirathi, caused by industries along their banks, judging the navigability of the rivers at various points along the course and gauging the maintenance of tourist spots along the river bank.
Farakka-Raghunathganj-Hazarduari-Beldanga-Katwa-Kalna-Barackpur-Kolkata-Ulberia-Falta-Diamond Harbour- Sagar Island 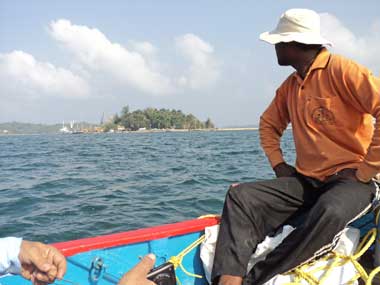 One of the longest voyages launched by SEI, covered a total distance of 6000 km. The expedition started from OKHA (Dwaraka, Gujrat) and navigated the restless waters of the Arabian Sea and the Bay of Bengal to reach Calcutta, touching Lakshadweep, Minicoy and the Maldives. The crew was a combination of fresh and seasoned hands of the Institute supported by the Indian Navy. 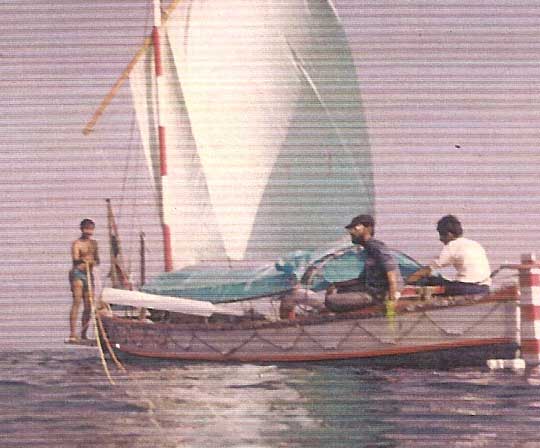 The expedition was judged the best Off-shore Adventure of the year1992 by the Yachting Association of India and was awarded the prestigious Admiral Ramdas Trophy. SEI scripted marine history with its Nicobar expedition, an audacious voyage from Calcutta to Indira Point, once the southernmost point of India, on an open fibre glass boat powered only by sail and oars. The boat, christened ‘Indira’, measured only 27 ft. By 6 ft. Was gifted by the Indian Navy.

Maitree Yatra was conceived to celebrate 40 glorious years of Indian Independence and give a call to the cause of communal harmony, national integration and peace. The three-phased expedition, with support from the Indian Navy and extensive government patronage, was envisaged as a Yatra round the country on a sailing boat and canoes.

The first phase consisted of a 56-day voyage from Calcutta (now Kolkata) to Rameswaram along the sea coast by the historic sailing 18 ft. Open boat, ‘Kanhoji Angre’, used by the founder of the Institute, Pinaki Ranjan Chatterjee in his expedition to the Andamans in 1969. It was flagged off on January 12th , 1988, which was also celebrated as ‘Youth Day’ to commemorate the 125th birth anniversary of Swami Vivekananda.

The second phase of the Maitree Yatra was a journey by kayaks from Delhi to Calcutta. It was flagged off on independence day, 1988, by the then Prime Minister of India, Rajiv Gandhi.

The third and final phase of the Yatra from Cochin on November 18th, 1988 was flagged of by Vice Admiral L.Ramdas, C in C, Southern Command, Indian Navy and reached Daman on April 14th, 1989. To avoid the shoal and heavy tidal effects at the Gulf of Cambay the voyage ended there. The entire journey covered 6142 Km. over a period of more than a year. 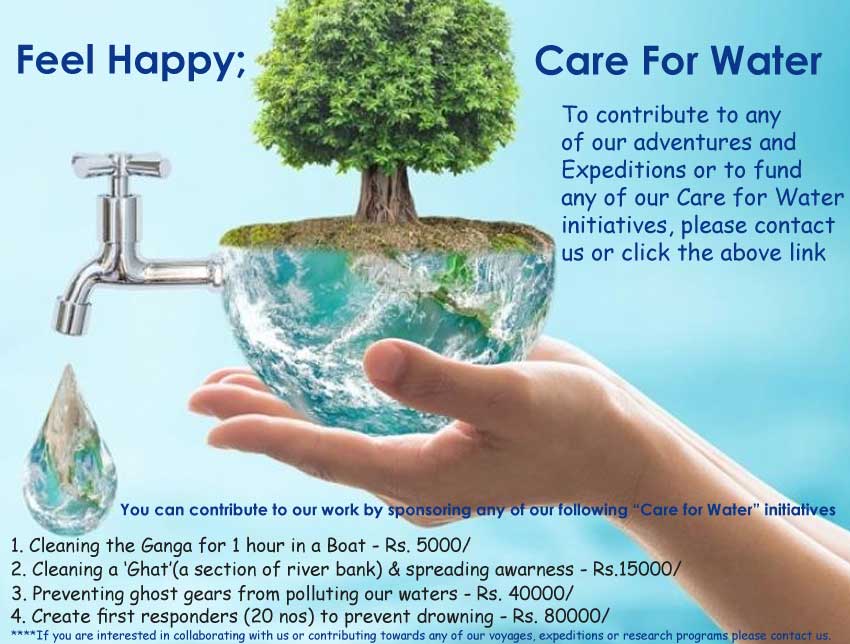